Included below are many of the major characters you will encounter in the story and a little about them. They may or may not have spoilers. If you haven’t read the story, you might want to do that first! 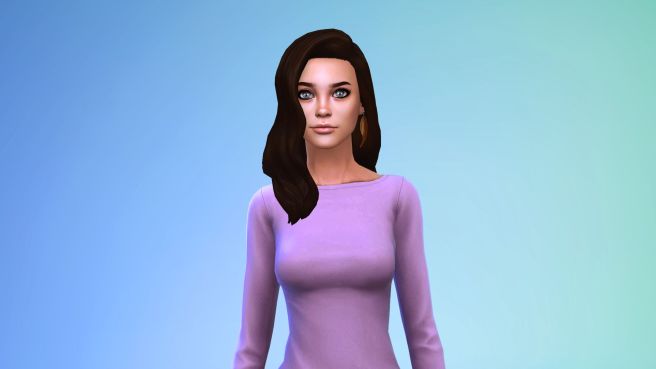 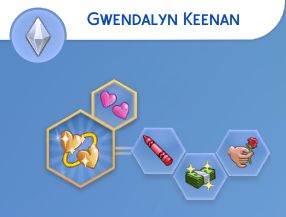 When Gwen starts the story there isn’t much of a backstory of who she is or where she came from. Rather, it focuses on what she plans to do next in this town of Windhelm.

It can be assumed that she is fairly young in her early college years since it is mentioned that she had dropped out of Med school because of its toll it took on her personal life and aspirations. It is also apparent that she doesn’t have much relationship experience as it happens that Paolo was her first steady relationship that began soon after the story begins.

One of her life long desires is to be a mom, something that proves to be very difficult to make a reality. It becomes such a problem that she finds she finds comfort wherever she can get it. It isn’t long until the black and white become several shades of gray, living off her fluctuating emotions rather than her moral compass. 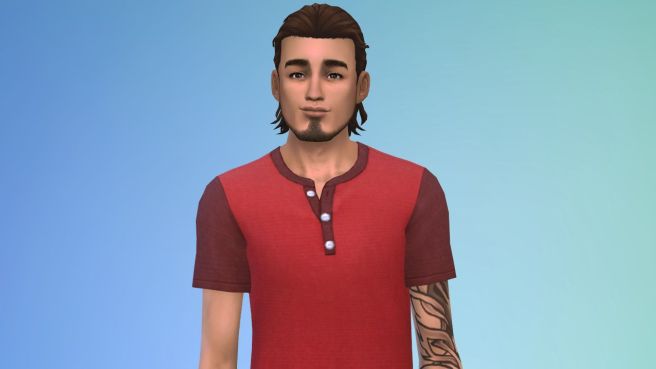 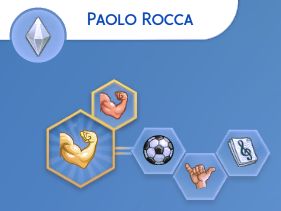 Paolo Rocca is a base game character that can easily be found in Windenburg in the Partihaus household.

When we first meet him he is substituting for Robert, the creepy maintenance man, as a favor for his Aunt and Uncle who own the apartment complex.

He goes for the initial inspection when she first moved in, but soon finds that Gwen is constantly on his mind, despite his intentions to take the relationship slow. Paolo is very slow and calculated, not much to fly by the seat of his pants and has no problem having the hard conversations.

After leaving the maintenance job he applies to be a locker attendant for the Llama League where he had no problem climbing the ladder, becoming a successful Hall of Famer. 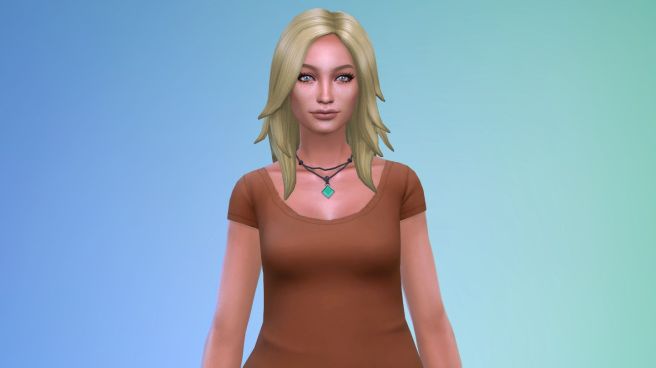 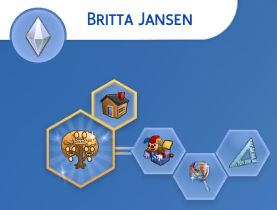 Britta Jansen has a big part in the story, being that she is Gwen’s best friend and it can be assumed it has been that way for a very long time. She continued through Med school and works as a nurse at the local hospital. She doesn’t mind the pressure of work, or its long days.

She can be characterized as a lone wolf, not afraid to do things on her own. That includes being a mom. She has never needed a man to feel complete. While she misses the convenience of having someone to help her with the child she knows that love will come again if she is just patient and doesn’t rush it. 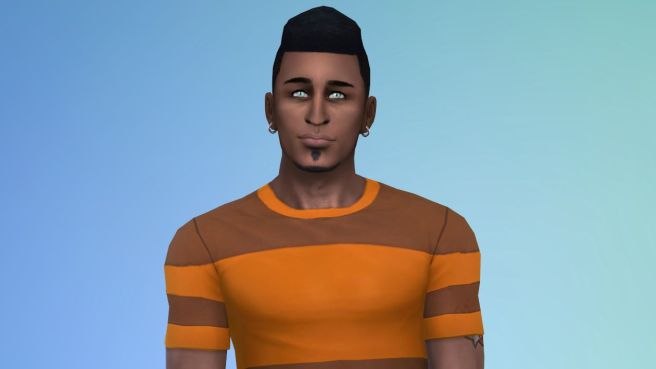 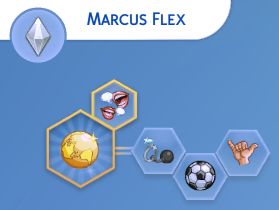 We meet Marcus Flex at the Olde Inn Bar where there is a brief encounter between him and Britta as she was going through a turbulent relationship with Jonah. What they thought would be a one time fling turned out to be a life-time commitment as soon as they found out they were expecting.

He never thought to be a very committed person, but it was an easy transition to fatherhood. His relationship with Britta, however, couldn’t be more confusing. Unsure how to handle their friendship he keeps a distance while he also invites her to live with him in the spare bedroom. As much as he knows that Britta is a good match for him, he has someone else in mind. 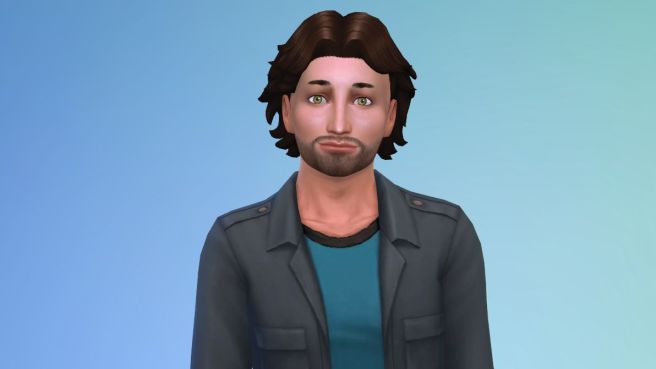 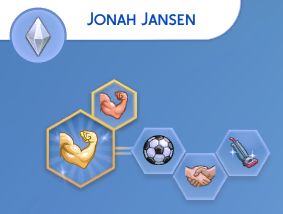 Jonah Jansen was a flop from the beginning. Being long time boyfriend and fiance to Britta they couldn’t be on the same page for more than a few weeks at a time before something else troubled their relationship.

With that said, Jonah had to go. Taking a job at RiteAlert, where he worked as a IT technician, he moved across the country without any second thoughts. Britta had the chance to go with him but was unwilling to leave everything she had accomplished with her internship, and the support from her friends and family. The relationship was doomed from the start and he left just as soon as the story began. 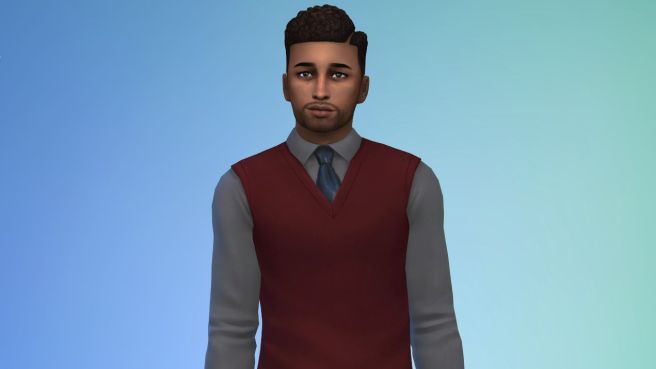 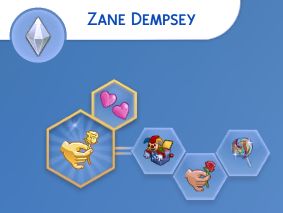 Zane Dempsey is the cousin to Marcus Flex and you will see his first appearance when they go to Britta’s family cabin.

Why was he there in the first place? He often comes to visit without much of a heads-up. He had arrived the weekend of their ‘getaway’ since Gwen had been having a few stressful months. He tagged along with Britta and Marcus rather than staying behind at an empty house.

It didn’t take long for him to take an immediate interest in Gwen, taking the time to comfort her… and then a little more. After that conflicting kiss he goes back home and proceeds to talk to her after that event. He is patient to win her heart, and knows if he tries hard enough he would win her heart. 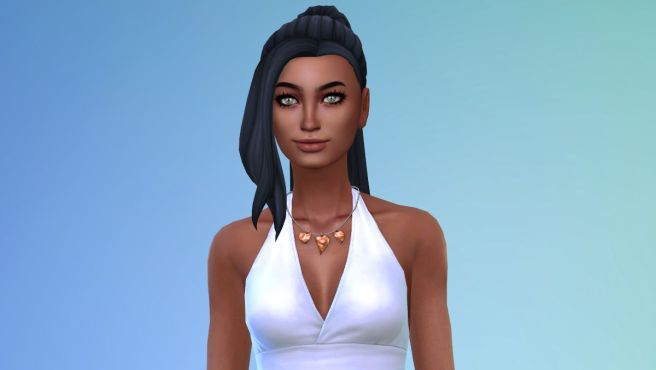 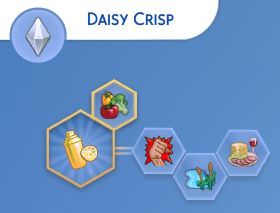 Daisy Crisp is another base game character, however, as I was putting her into my story I later realized that her skin color was deceiving. I met her the way she looks now, but her natural skin color under the skin overlay is Caucasian.

She is a very wild spirit and loves to travel and lives free of many things that hold her down. She is a traveling chef working out of her food truck a few weeks at a time before pulling up her stakes and visiting a new place.

In the story she has a conflicting past with Marcus as they once had a relationship with when they were teenagers. But as her free self, she left town as soon as the summer ended after she graduated from high school.

But no matter how many times she leaves Windhelm, she can’t help but find herself being drawn back for one reason or another.

A simlit drama based on the I'm A Lover Challenge

"They are not long, the days of wine and roses: Out of a misty dream, our path emerges for a while, then closes..." Ernest Dowson, ‘Vitae Summa Brevis’

The Turnabout Neighbourhood: A Glorified Fanfiction/Legacy-Style SimLit
Of Myths and Creatures

Fangs for the Memories

For The Love Of Cherish

Stories of Life and Love

No Stars over Uptown

Not all prisoners are trapped in cells...

I live in my own little world! It's ok they know me there! #EAgamechanger

Home of the Keenan Legacy